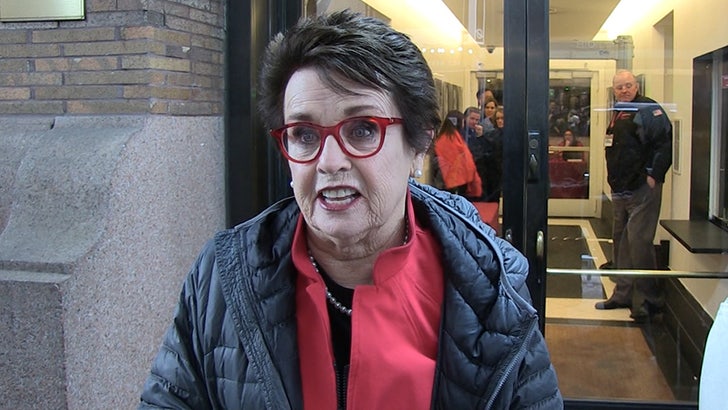 Billie Jean King says Maria Sharapova‘s tennis legacy isn’t going to be harmed one iota by her doping scandal — and it’s all because of one simple thing she did … tell the truth.

We got the tennis legend Saturday in NYC and asked for her thoughts on Maria announcing last week that she was stepping away from the sport, which she dominated for several years. According to BJK, MS is going down as an all-time great … despite the ding for doping.

Check it out … Billie says the fact Maria came out right away and addressed the situation head on back in 2016 took a lot of guts, and it’s clear she owned up to it sincerely.

You’ll recall … Maria tested positive in 2016 for meldonium, which had very recently been added to the World Anti-Doping Agency’s banned substance list. She said she’d been taking it for years due to a medical condition, and didn’t know it’d been deemed a doping agent.

After being suspended from playing for at least a year, she returned to tennis in the following years and found varying degrees of success before hanging it up. Her streak prior to that, however, is what Billie Jean seems certain Maria will forever be remembered for.

She also talks about what may lie ahead for Maria post-tennis, and wishes her all the best.

It’s interesting … Maria has already appeared on ‘Shark Tank’ as a guest panelist, and she did pretty well in that capacity. Something tells us she’ll be just fine going forward.