Brandi Glanville has been teasing her appearance on The Real Housewives of Beverly Hills for months now. The former Housewives star has always stayed close to the show and has made cameos over the years. In season 10, she’s dropping a huge bombshell that has all fans eager to see her show up on-screen. Luckily, Andy Cohen has spilled the tea and revealed when viewers can expect Glanville to appear. 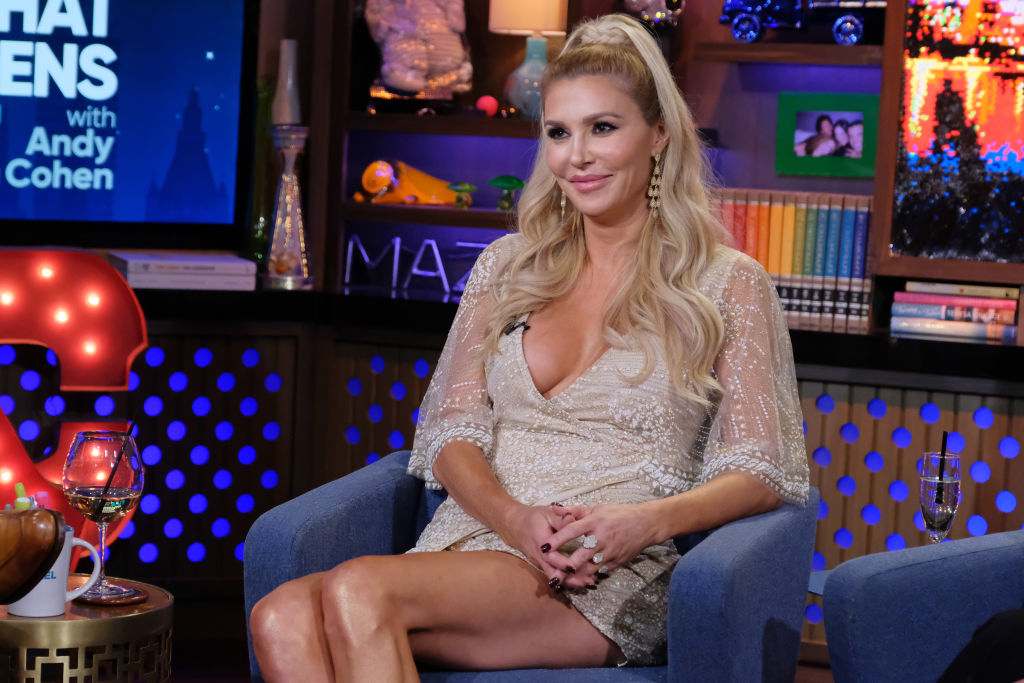 What drama is Brandi Glanville involved in?

Glanville has alleged she hooked up with Denise Richards. According to the Celebrity Big Brother alum, she linked up with the latter and has not been shy to share details with fans.

“Yeah we made out, we hooked up,” she said during an Instagram Live interview, according to Hollywood Life.

Glanville assured fans that it was not just an isolated incident and there were multiple instances. On the Everything Iconic podcast, Glanville reassured that her claims were not false.

“Let’s just say we’re standing and not laying down anywhere,” Glanville dished. “We don’t have a relationship, unfortunately. I would love to be her friend. All I can tell you is I don’t lie.”

Glanville has been characterized for being a straight shooter, she says it like it is. In her interactions with fans on social media, she does not hold back and continues to talk about her hook up with Richards. Bravo producers got fed up with Glanville possibly spoiling the storyline too much, that they intervened.

“I’ve been asked by Bravo to stay off social media talking about Housewives,” she tweeted. “That is the ONLY reason I am not replying to you fu**ing hater cu***! Cu** wait for open season.”

The reality star went more into depth about the situation on her Brandi Glanville Unfiltered podcast.

“I wrote one night on Twitter that people were asking me all these questions about Denise,” she said. “So I get a text from one of the producers at Bravo and he sweetly asked me… he’s like, ‘Babe, could you kind of not talk about the Denise situation because it’s preempting the show.’ And because I’m a nice person, I said, ‘Sure, I won’t do that.’”

There were rumors that Glanville was sent a “gag order” but she denied those claims.

“No one sent me a gag order, no one owns me. If I want to talk, I will talk but I don’t want to preempt something,” she added. “I don’t want to ruin other people’s work. I am choosing not to speak about it, that’s it.”

When will Brandi Glanville show up?

Cohen spilled the tea on when Glanville will make an appearance on RHOBH, who says that this season will be super-sized.

Despite not having Lisa Vanderpump on the show, the Watch What Happens Live host explains why it’s been a great season.

“I think what’s great about the show this season is, I know that a lot of [Lisa Vanderpump’s] fans didn’t like it that — they felt like she was kind of the focus of a lot of drama that they didn’t want her to be involved in,” Cohen added. “So, I think it’s great that the women were able to move in their own directions and they’re certainly a group of MVPs, and there’s a lot going on this season without Lisa and, you know, it’s great. It’s a whole energized show and people are really loving it and the ratings are up.”

Who watched #RHOBH last night? What did you think about the premiere? 🤔

What does Denise Richards say about the rumors?

Richards has been relatively quiet throughout all this drama and recently said she wants to let it all play out on the show before speaking on it.

“Part of why I wanna stay quiet is, I come from a scripted world and you usually let the teasers and all that, hopefully, the viewers will come and watch the show and let it play out on television and not in the media or not on social media,” she told ET. “I didn’t want to reveal anything.”

Wanted to lighten the mood… & not take this too seriously & have a bit of fun with it. Oh & #RHOBH premieres in one week on @BravoTV 💎 enjoy💕

After Glanville’s claims surfaced, there were more rumors that this was the factor that weighed on Richards to stop filming. However, the Wild Things star says that there are more issues that come up during the season.

The Real Housewives of Beverly Hills airs on Wednesday nights at 8 p.m. on Bravo.