Music aficionados around the world recognize André Benjamin, also known as André 3000, as an icon. His new project is generating lots of buzz among fans and critics. But it’s not music that he’s selling these days. The artist has had a multifaceted career, and to the delight of fans continues to contribute to various spheres of entertainment. 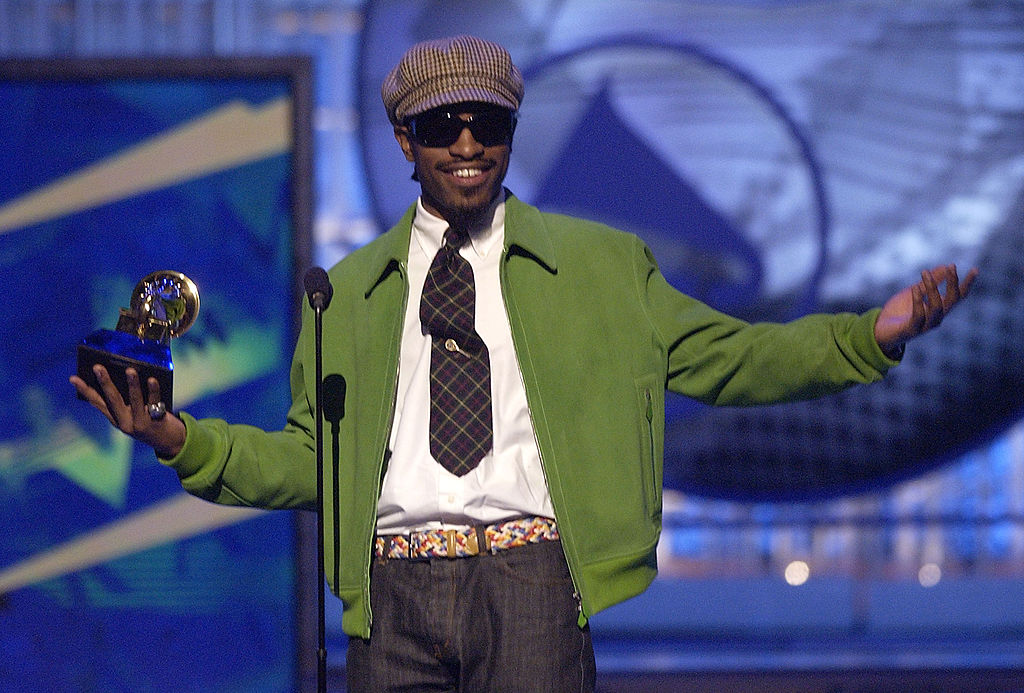 André Benjamin is aman of many talents who possesses the ability to connect with audiences inunique ways. Now, he is bringing his flair to the AMC drama, Dispatches from Elsewhere. The series follows four people who aim to solve anelaborate puzzle. In the show, Benjamin stars as Fredwynn and joins an ensemblecast of actors, including Jason Segel, Sally Field, and Eve Lindley.

Dispatches from Elsewhere will launch with a 2-night premiere on Sunday, March 1 at 10 p.m. and Monday, March 2 at 10 p.m. Thanks in part to the star power of cast members like Benjamin, the series is already generating buzz among TV viewers.

Benjamin created lotsof excitement while filming the show on location in Philadelphia. To thedelight of fans, he was spotted multiple times playinghis flute around theCity of Brotherly Love. The performer took breaks for photo ops with severalfans, who then took to social media to share their star sighting. As always,Benjamin’s eclectic style stole the spotlight.

Countdown to #ATLast: FOUR. Forever – forever ever. Which Outkast album can't you live without? #countdowntoATLast

Before Benjamin beganacting, he was already a world-famous recording artist. He and his musicpartner Antwan A. Patton, better known as Big Boi, founded the hip-hop duo,OutKast. Together, the Georgia-born artists produced multi-platinum sellingalbums, chart-topping singles, cinematic music videos, and even co-starred inthe movie, Idlewild.

The music of OutKast has been featured on multipletelevision and movie soundtracks, including Grey’s Anatomy, TheGreat Gatsby, and A Wrinkle in Time. It remains to be seen if Dispatches from Elsewhere will feature the music of OutKast in thefuture.

Benjamin has been nominated for 23 Grammy Awards and scored seven wins — six with OutKast and one for a collaboration with Anderson .Paak. But Benjamin’s self-expression extends beyond singing the lyrics of a song or saying the lines in a script.

@outkast made GRAMMY history at the 46th #GRAMMYs in 2004! The rap duo took home 3⃣ GRAMMY Awards including Album Of The Year for "Speakerboxxx/The Love Below—making it the first rap album to win the coveted category of the night. Swipe ↔️ to see exclusive photos from our #GRAMMYVault!

OutKast created a frenzy with the music video for the sensational hit, “Hey Ya!” in which Benjamin rocked a fresh blow-out hairdo, retro garb, and even a majestic crown. But this was not the first, or the last time Benjamin would use fashion as a creative outlet. Throughout his career, the maverick has made bold artistic choices, and his charisma and style have elevated him to fashion icon status.

Benjamin launched two fashion lines, one with OutKast, and another solo line called Benjamin Bixby. Unfortunately, both companies folded. Regardless of Benjamin’s ill-fated business ventures, he remains a fashion-forward artist with considerable influence.

Currently, he is a Creative Collaborator with Tretorn, a fashion-forward sneaker line. In addition, Benjamin’s personal fashion has been featured in publications such as GQ and Vogue.

Fans can watch Benjamin in Dispatches from Elsewhere on AMC.