March of the robots: Defence chief General Nick Carter says a quarter of the British Army will be automated by the 2030s

A quarter of the Army will be robots by the 2030s, the head of the Armed Forces has predicted.

General Sir Nick Carter said Britain’s military will need to be more dispensable to cope with the fast changing pace of technology.

In a rare interview, the Chief of the Defence Staff warned the world was the most insecure he had ever known. 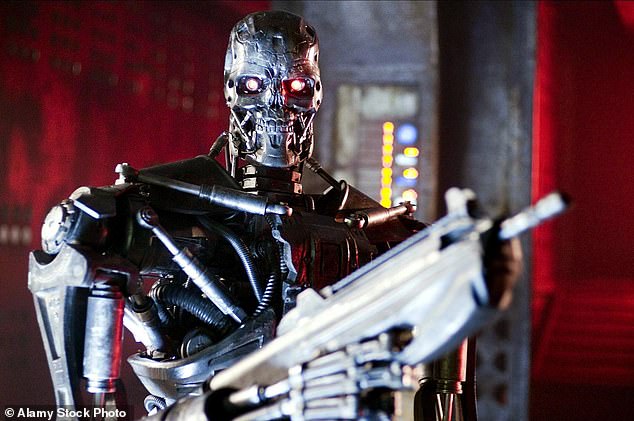 Heavy metal: Will Army use Terminator-style robots? A quarter of the Army will be robots by the 2030s, the head of the Armed Forces has predicted

And he said Britain was living through a ‘greater amount of change than perhaps the two World Wars combined’.

The Government is currently carrying out the biggest review of defence and security since the Cold War ended.

Sir Nick, 61, told The Truth Trade podcast with Sven Hughes that the review will lead to the modernisation of the Armed Forces and be ‘profound’, with the money ‘levelled with it’.

He said the battlefield in the 2030s would be much more about ‘competition between hiding and finding’, as opposed to conventional warfare.

He added: ‘There will be a very different balance between unmanned and manned and autonomous technologies.

‘To put it tritely, you’ll see more robots in all of the domains, land, air, maritime, but also in space. You will want things more manoeuvrable, probably smaller and faster and probably often dispensable.’ 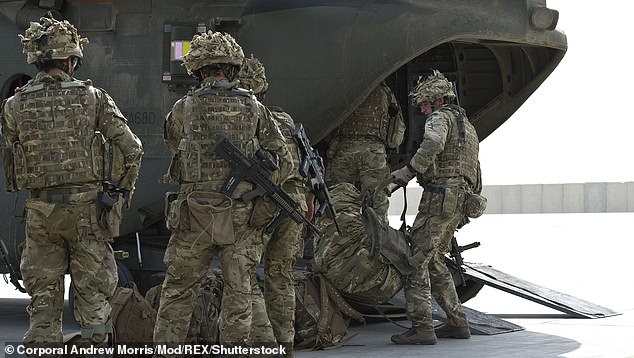 Sir Nick, 61, told The Truth Trade podcast with Sven Hughes that the review will lead to the modernisation of the Armed Forces and be ‘profound’ (file photo)

The general said the size of the Army could be 120,000 in a decade but this would include robots and tech-savvy civilians able to counter cyber threats. He said: ‘It’s got 30,000 robots, 30,000/40,000 reservists, 40,000 what we might call regulars at the moment, it’s got 20,000 civilians. It will be a mix of skills and technologies that give a collective output different to today.’

He said wars would still be ‘visceral and violent’ but the Armed Forces needed more youngsters with computer skills. Sir Nick said both the strategic landscape and technology had meant the world had changed a lot since 2010.

‘We are living through one of the greatest periods of change that there have been at any stage in our lifetime and arguably a greater amount of change than perhaps the two world wars combined – and that is happening at a rate that is ever increasing’, he said. He added the world was a much more competitive environment, driven by the rise of China, a Russia that wants to reposition itself as a great power, and the threat of extremism.

Sir Nick also warned Islamic State was spreading globally despite claims by Donald Trump last year that it had been defeated. In what will be seen as a thinly-veiled swipe at the US President, he said: ‘The plain fact is the phenomenon ISIS represents is spreading, you see that particularly in central Africa and sub-Saharan Africa but also globally.’

In a rare move, he also criticised the Government for failing to have a ‘political strategy’ when it came to Syria.

He said the military was an ‘honourable profession’ and that the public knew that with the threat of coronavirus ‘the last resort, the insurance policy, is the Armed Forces’.