Southpaws! Adorable moment two bear cubs have a play fight on the deck of family’s vacation cabin in Tennessee

A pair of bear cubs broke off from their mother bear to settle a sibling squabble on a vacationing family’s deck.

Meaghan Hejna’s family was getting ready to leave for a family reunion BBQ when they spotted some bears near their cabin in Gatlinburg, Tennessee.

Meaghan saw a mother bear and her three cubs passing the log cabin and began recording the cute family. 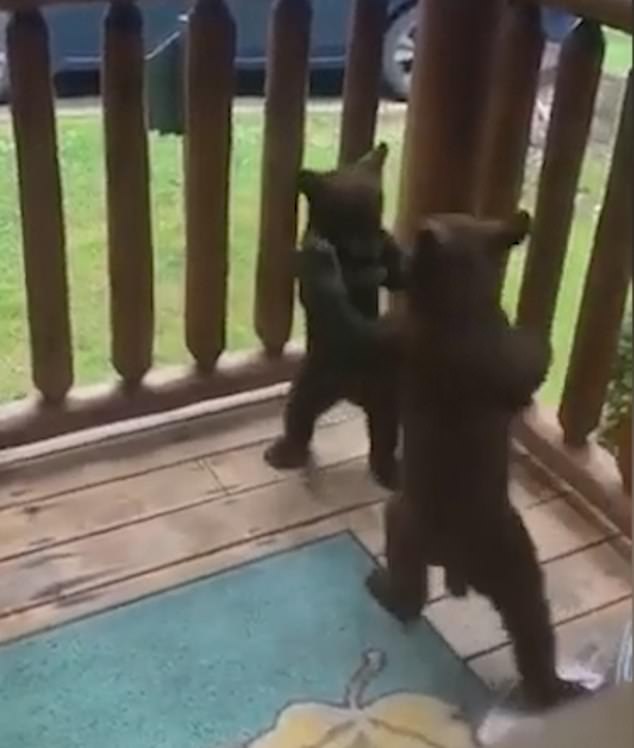 Two cubs broke off from their sibling and mother to play-fight with each other on a family’s deck in Gatlinburg, Tennessee 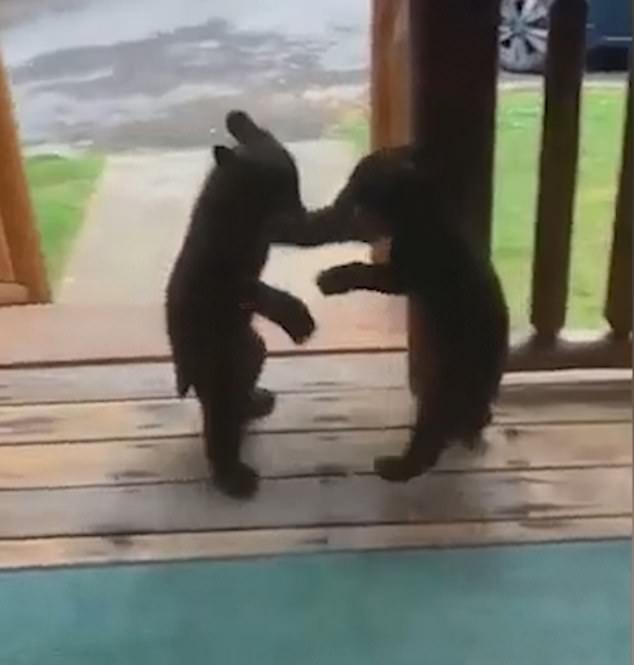 The two stood up on their back legs, pawed each other and pushed each other over as Meaghan Hejna filmed them

The two of the youngsters broke off, ran up the cabin’s steps onto the deck and stood on their back legs while play-fighting with each other.

The video shows the two little guys gently pawing each other and clumsily falling over in an energetic session.

Viewers can hear Meaghan’s excitement as she gasps and says: ‘Oh my gosh they’re playing on our deck.’

At the end of the video the bears run to catch up with their mother who went on without them after deciding she had waited for long enough.

Meaghan posted the video on social media with the caption: ‘This has definitely been the best part of the vacation!’

Shelley Nowak Denton commented: ‘It’s amazing when you get a chance to see a bear like that so up close (I did too when we were in the Smokies).

‘But catching on video the two cubs playing is so Awesome!

‘But never get in between a mama and her cubbies!’

‘They seem to be fighting over who gets to stay for breakfast,’ Paul Rodda joked.

Another friend said they were excited to drive through Gatlinburg just to see the bears. 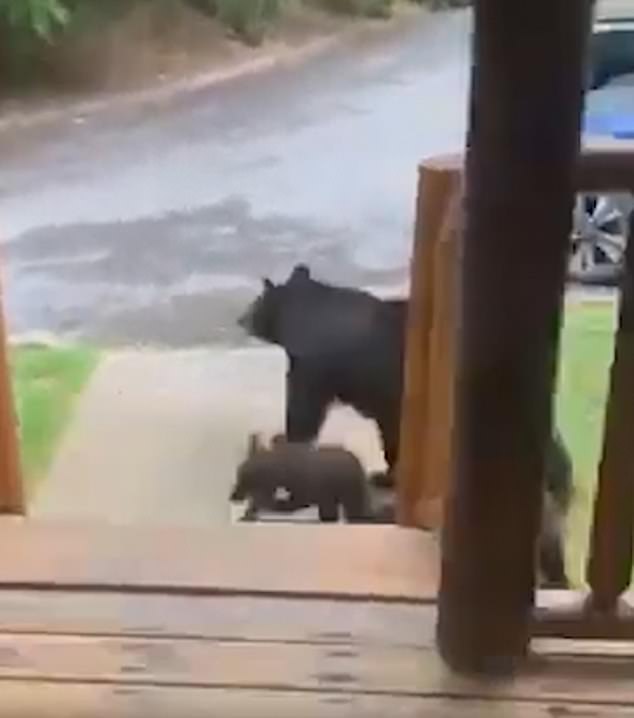