Pictured: Woman, 30, found dead at her home along with man, 34, in suspected murder suicide 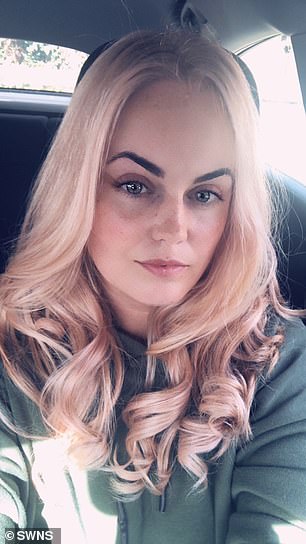 Karolina Zinkeviciene (pictured), 30, has been named as one of two people who died in a suspected murder-suicide in Spalding, Lincolnshire on June 25

Police have named a man and woman who died in a suspected murder-suicide.

The bodies of Karolina Zinkeviciene, 30, and Breshnev Ruiters, 34, were found inside a home in Spalding, Lincolnshire, just after 5.30am last Thursday morning (June 25).

Two men also found inside the property, aged 29 and 46, were initially arrested on suspicion of murder, but were released on Friday with no further action.

And Lincolnshire Police confirmed over the weekend that they had launched a murder investigation – but have now said that they are not looking for anyone else in connection with the deaths.

‘Her family have asked for their privacy to be respected at this exceptionally difficult time and we continue to support them.

‘Breshnev Ruiters also died in this incident and although further forensic examinations are required, we are not looking for anyone else in connection with these deaths.

‘We will be making no further comment until the conclusion of inquests for both of these people.’